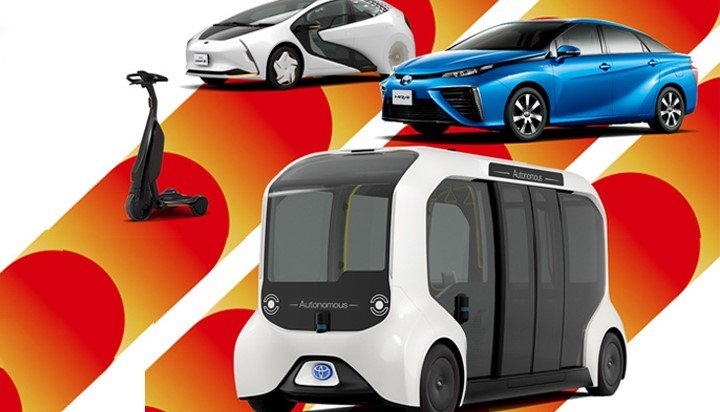 Toyota has announced around 90% of the vehicles it is providing for the Tokyo 2020 Olympics will be electrified.

The car manufacturer said it aims to achieve the lowest emissions target level of any official vehicle fleet used at the Olympic and Paralympic Games and reduce the burden on the environment.

It will provide around 3,700 mobility products and vehicles for next year’s event, including 850 battery electric vehicles (EVs) and 500 hydrogen fuel cell vehicles, as well as plug-in hybrids, taxis, small passenger buses and electric scooters.

Around 2,700 of those vehicles will be part of the official fleet that will provide transportation between the venues during the Olympic Games.

Toyota’s preliminary calculations suggest CO2 emissions from the commercially available fleet for Tokyo 2020 will average less than 80g/km, resulting in a reduction of around half of the typical amount when compared to a similar sized fleet of mostly conventional petrol and diesel models.

It added: “Further reductions are anticipated during the Games, when this performance is combined with Toyota’s other advanced mobility products and/or electrified vehicles, including the unique versions of vehicles or vehicles designed for use at the Games.

“As such, Toyota aims to achieve the lowest emissions target level of any official fleet used at the Olympic and Paralympic Games.”