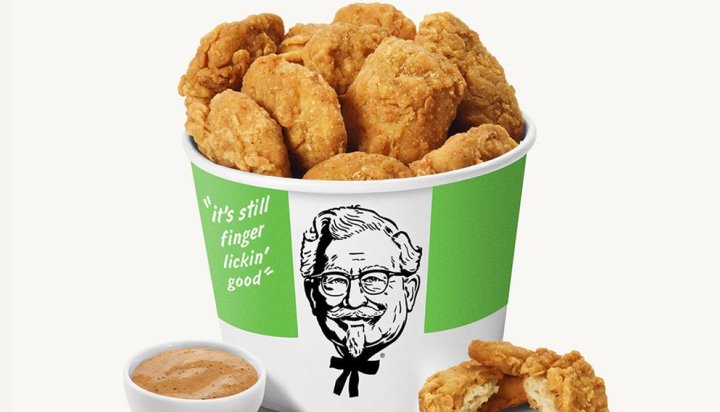 A KFC trial has sold out of meat-free ‘chicken’ in just five hours.

The fast-food giant piloted the sale of vegan nuggets and wings made by Beyond Meat, which makes plant-based meat alternatives, at one of its restaurants in Atlanta, which was painted green for the trial.

The company described the success of the pilot as a ‘Kentucky Fried Miracle’ on Twitter and said it was now considering a potential national rollout, depending on the results of customer feedback surveys.

The sale of the vegan food prompted long queues trailing out of the restaurant’s doors, with customers waiting for up to an hour to be served.

The number of vegan takeaway orders across the UK have more than quadrupled during the last two years.