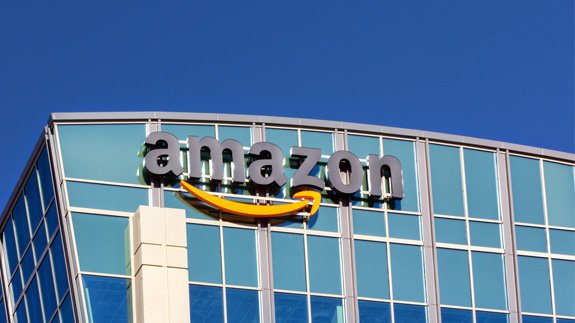 Amazon has made a commitment to ensure it reduces or offsets carbon emissions across all its operations by 2040.

It has become the first signatory of The Climate Pledge, a commitment to meet the Paris climate agreement 10 years early, in partnership with Global Optimism.

The Pledge calls on signatories to achieve net zero carbon across their businesses by 2040 by measuring and reporting emissions on a regular basis and implementing decarbonisation strategies in line with the Paris deal, including investing in efficiency improvements and renewable energy.

In addition, it is committing $100 million (£80m) in reforestation projects around the world to start removing carbon from the atmosphere.

The retail giant has also ordered 100,000 electric vehicles (EVs) for its deliveries from start-up Rivian, leading a $700 million (£558m) investment round earlier this year.

Jeff Bezos, Amazon Founder and CEO said: “We’re done being in the middle of the herd on this issue – we’ve decided to use our size and scale to make a difference. If a company with as much physical infrastructure as Amazon – which delivers more than 10 billion items a year – can meet the Paris Agreement 10 years early, then any company can.

“I’ve been talking with other CEOs of global companies and I’m finding a lot of interest in joining the pledge. Large companies signing The Climate Pledge will send an important signal to the market that it’s time to invest in the products and services the signatories will need to meet their commitments.”

Amazon has launched a new sustainability site to report on its commitments, initiatives and performance.

She said: “Bold steps by big companies will make a huge difference in the development of new technologies and industries to support a low carbon economy. With this step, Amazon also helps many other companies to accelerate their own decarbonisation.

“If Amazon can set ambitious goals like this and make significant changes at their scale, we think many more companies should be able to do the same and will accept the challenge. We are excited to have others join.”