Scotland ‘will soon generate 100% of its power through renewables’

Wind, solar and hydropower are now Scotland’s main source of electricity, providing around three-quarters of all generation 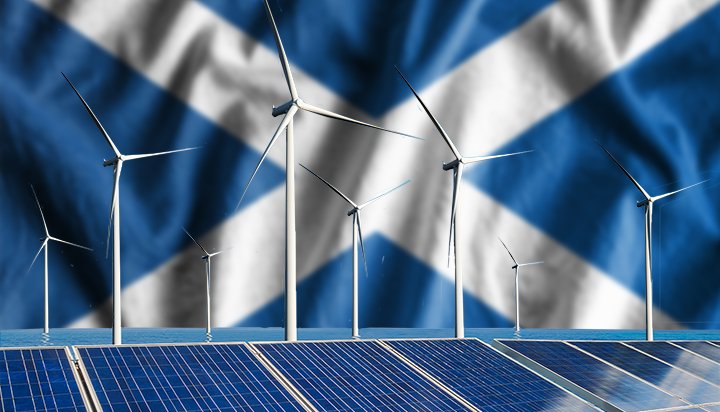 Scotland will soon be meeting the equivalent of 100% of its electricity needs from clean energy sources.

That’s the prediction made in a new report published by member organisation Scottish Renewables, which suggests renewable energy is providing signficant benefits to almost every aspect of the nation’s economy and is supporting major growth in terms of innovation, jobs, communities, climate progress and the rural economy.

It highlights how renewables such as wind, solar and hydropower are now Scotland’s main source of electricity, providing around three-quarters of all generation – new onshore wind and solar projects have seen huge cost reductions in recent years, making them the cheapest source of electricity of any type.

Together, they’re currently generating more than half of Scotland’s electricity requirements.

As a result of the success of renewable energy generation across the country, the sector now employs a total of 17,700 people, with thousands more involved in hundreds of community energy projects taking place.

The report notes these successes have been led by policy, with the government declaring a climate emergency and committing to reaching net zero emissions by 2045.

It stresses the nation now needs to focus on decarbonising the heat and transport sectors in the same way as it has already achieved with electricity.

Claire Mack, Chief Executive of Scottish Renewables, said: “This publication sets out just some of the many benefits renewable energy is bringing to Scotland, from islands which rely on wind power for their everyday energy to rural businesses which have turned to renewable heat to improve their sustainability, both economically and financially.

“I’m hugely proud that renewable energy projects across Scotland are delivering on jobs and for communities, particularly in rural areas, while helping to displace the carbon emissions which cause climate change.”