Could urban trees mean we can leaf air conditioning emissions behind? 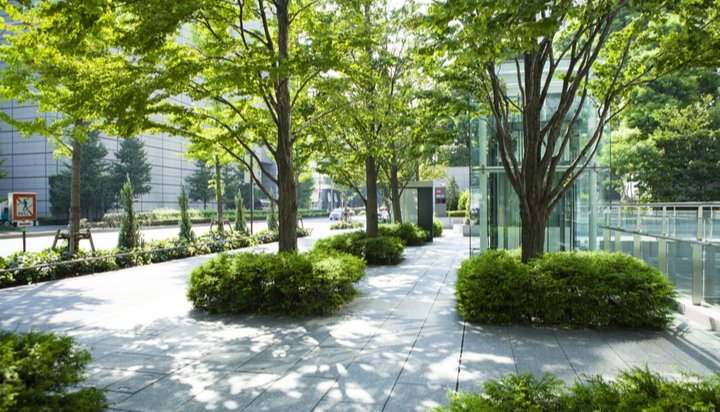 That’s according to new research released by the Forestry Commission, which says green spaces and plants within towns and cities can significantly reduce air temperatures – its data shows areas with lots of vegetation were up to 4°C cooler than areas in the same city without any trees.

The researchers found air conditioning usage could be reduced by up to 13% in some cities, saving £22 million a year on energy and significantly reducing related emissions.

The cooling is largely a result of evapotranspiration, which is the process of water evaporating from leaves through plant transpiration during photosynthesis – larger trees with greater leaf areas, dense foliage and high transpiration rates have the best cooling properties.

Along with the University of Reading, researchers found the London Plane Tree, the Sessile Oak and the Cherry Tree were some of the best types in London for cooling the air.

The report notes: “In light of climate change, the need for cooling by trees and green spaces is expected to increase even in temperate climates such as that of the UK.

“Green infrastructure planning and development should embrace green space design and tree placement that facilitate such cooling, as well as include tree species with high cooling ability and ensure they are provided with enough space and resource to grow and function.”