Delivering net zero: how can new technologies help – and how will energy users be affected? 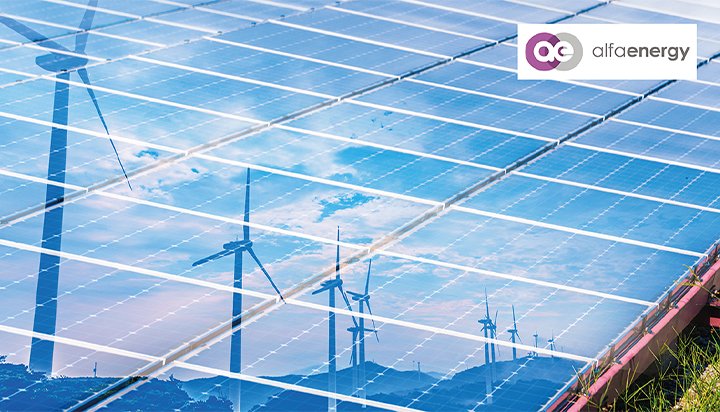 The UK government has set a target of net-zero carbon emissions by 2050 which is now enshrined into law. This raises the ambition of the previous target of an 80% reduction and will require big changes in the way we use energy, as well as an accelerated take up of new technologies to support decarbonisation.

At present Industry and Commerce accounts for approximately 30% of UK greenhouse gas emissions (FES 2019). The challenge for these sectors is to achieve emissions reductions without impacting economic growth, through a combination of improved energy efficiency and a switch to alternative fuels and technologies. As we approach the December deadline for the Energy Savings Opportunity Scheme (ESOS), many large companies will be considering the energy savings measures outlined in their reports and how these could be a starting point for emission reductions. The recommendations could range from simple measures such as checking for compressed air leaks to investment in PV with battery storage.

What is a net-zero emissions target and why has it been set?

Net-zero refers to the balancing of emissions in that after greenhouse gas reduction measures have been taken, any remaining emissions are removed or offset. For example, carbon could be removed via Carbon Capture and Storage (CCS) or offset with carbon sinks. The new UK target is a response to the latest climate science and is designed to deliver commitments made under the Paris Agreement to hold the expected rise in global average temperature to well below 2°C.

How can the target be met?

The good news is that a 44% reduction in emissions against 1990 levels has already been achieved, largely as a result of improvements power generation where a combination of carbon taxes and reductions in the cost of wind and solar have transformed the mix. The result has been a near phase out of coal and a massive increase in low carbon generation. Imports of green power are also contributing to the decarbonisation of electricity.

But progress has not been so rapid on heat and transport, where attention is now being focussed. The government has already announced funding for a range of initiatives from transport innovation to CCS projects but is yet to finalise an Energy White Paper.

There are a range of technical solutions to decarbonise heat that can be adopted in different locations and for varying purposes across the UK.

Replacing natural gas with hydrogen, wholly or in part, is the subject of various pilot schemes and planned projects. The use of hydrogen does not produce greenhouse gas emissions, with the only by-products being water and heat. It can be produced by reforming it from natural gas, while the remaining CO2 is captured and stored. Alternatively, it can be produced through the electrolysis of water using electricity generated by renewables, although reformation is favoured as a heat solution due to scale requirements. This points to the importance of carbon capture and storage (CCS) which is currently only being used on a small scale.

Other options for heat include electrification (if the electricity mix has a low carbon intensity), the use of biomethane, and the installation of heat pumps. Biomethane is eligible for support from the Renewable Heat Incentive (RHI) and can be used for Combined Heat and Power or injected into the gas grid. Heat pumps are also eligible for the RHI, covering ground source, water source and air source, either of which may be suitable for use in commercial premises.

The Committee on Climate Change (CCC) report Net Zero – The UK’s contribution to stopping global warming states that “CCS is a necessity not an option”, being required for industry, bioenergy, and for hydrogen and electricity production.
A net-zero carbon cluster in the Humber, which would include the world’s first carbon negative power station, is currently at the exploratory stage. National Grid Ventures, Drax Group and Equinor are working together to create CO2 capture at the site, to store the emissions under the sea. This would enable the bioenergy carbon capture and storage (BECCS) to be scaled up at Drax, and for the development of a large scale hydrogen demonstrator which would provide opportunities for a hydrogen economy in the region. The Humber is the most carbon intensive industrial region in the UK and therefore the aim of this project is make the region carbon neutral, as well as the development of crucial technologies.

The 2019 IEA Global Electric Vehicle (EV) Outlook predicts that by 2030 there could be 250 million EVs on the road globally (under the New Policies Scenario). Technological advances are delivering substantial cost reduction for batteries. To support uptake of EVs in the UK, it was announced last week that drivers will be able to use a public charger without having signed up to the specific provider’s scheme. The introduction of electric charging points at business locations can be supported via the government’s Workplace Charging Scheme. EVs are likely to be the principal means of eliminating emissions from commercial delivery fleets.
Hydrogen fuel cells could be a valid option for buses and heavy goods vehicles because it allows for faster refuelling, a long range and potentially, a cheaper infrastructure. Hydrogen production via electrolysis is favoured for transport (over reformation) due to the superior purity of the hydrogen, which reduces the pollution of the fuel cells.

Cost of meeting the target

In the CCC’s Net Zero report, the advisory body found that the 2050 net-zero target could be met for a similar cost as had been expected for the original 80% emissions reduction target. This is due to a reduction in the cost of technologies such as offshore wind and batteries for electric vehicles. The predicted cost equates to approximately 1-2 % of GDP but this depends upon the rest of the world making material efforts so that technology costs continue to decline.

Business energy users will see their carbon footprint fall automatically as low carbon electricity becomes more abundant, but much more will need to be done to reduce their heat and transport emissions. Electrification, heat pumps, electric vehicles, hydrogen, biogas and energy efficiency measures will all play a part. Industrial and commercial energy users will have to find the best combination of technologies to suit their business during the 30-year transition towards net zero.