Kwasi Kwarteng: Businesses ‘can have their cake and eat it too’ by going green 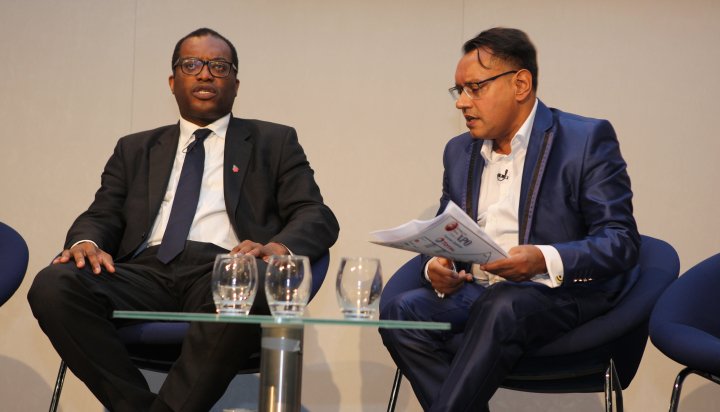 Businesses “can have their cake and eat it too” by continuing to grow their company while they decarbonise.

That’s the reassurance Energy Minister Kwasi Kwarteng offered the hundreds of industry delegates gathered at Energy Live EXPO 2019 at the QEII Centre in Westminster this morning.

He stressed that there is too often a “false battle” between going green and pursuing growth and assured the crowd that the two directions were not mutually exclusive.

The Minister noted the UK has already come a long way in terms of working towards its green goals but acknowledged there was much more to do and said everyone involved would have to be “sensible” to tackle the “huge challenges” that will be faced.

He suggested the regulations surrounding decarbonisation “must not burn business for the sake of it” and told the audience neither the private sector nor the government can reach the 2050 net-zero target on their own.

Steve Holliday, former CEO of National Grid and new President of the Energy Institute, opened the panel by agreeing that all players across the market need to play their part and emphasised that even firms still focused on oil and gas exploration must not be excluded from decarbonisation efforts, as they boast much of the technology, science and engineering prowess needed to make the transition a reality.

He was joined by Mike Hughes, Zone President of Schneider Electric, Kirsty Gogan, Co-Founder and Global Director of Energy for Humanity and Adam Woodhall, Extinction Rebellion spokesperson, who contributed to a lively discussion about how best to work towards a clean energy future.

Ms Gogan said despite nuclear being a “taboo” form of energy generation, particularly among environmentalists, it would prove vital in taking fossil fuels off the grid and supporting intermittent renewables.