Tesla has already received more than 200,000 orders for the innovative vehicle 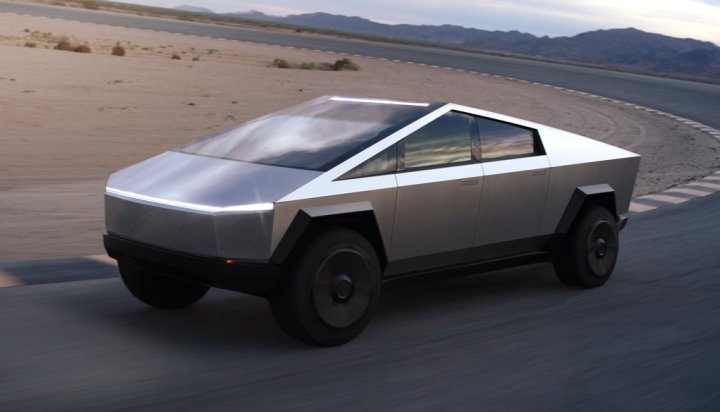 Tesla’s new Cybertruck could see its range boosted by onboard solar panels.

CEO Elon Musk tweeted that there will be an option to add solar power that “generates 15 miles per day, possibly more”.

He noted he would love the vehicle to be self-powered and suggested “adding fold-out solar wings would generate 30 to 40 miles per day. Avg miles per day in US is 30”.

The company has already received more than 200,000 orders for its electric vehicle (EV), which boasts a unique angular profile and is claimed to be a “better truck than an F-150, faster than a Porsche 911”.

The EV’s body is made from stainless steel alloy and has an expected acceleration of 0-to-62mph in around three seconds.

The Cybertruck demonstration shattered during a test supposed to show their ‘bulletproof’ durability, involving a metal ball being thrown into them.

Tesla shares dived 6.1% after the event, at which no date was given for the Cybertruck’s release.