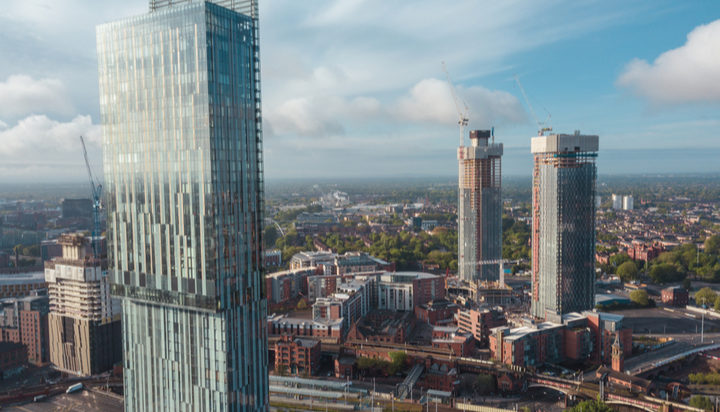 Manchester has launched a five-year climate change plan that sets out the measures the city will take to reduce the carbon emissions from its buildings, energy use and transport from around 30,000 tonnes in 2019/20 to around 15,000 tonnes per year in 2024/25.

A strategy to retrofit up to 350 council buildings is expected to save 1,800 tonnes per year, while a large-scale clean energy generation scheme involving the use of arrays of solar panels and wind turbines on the council’s land and buildings could save an estimated 7,000 tonnes.

The plan also includes a shared underground heating system, the replacement of half of the council’s refuse collection vehicles with 27 new EVs and more extensive use of LED lighting in the streets.

Angeliki Stogia, Executive Member for Environment, said: “The world is waking up to the very real climate crisis which faces us all and Manchester –  never a city to shirk a challenge –  is determined to play a leading part in tackling it.

“The next five years are going to be absolutely crucial. To achieve the ambitious goal of Manchester becoming zero carbon by 2038 we are going to have to make rapid and radical progress.

“But this isn’t something the council can achieve by itself. For Manchester as a whole to become zero carbon by 2038 we need collective action and shared ambition.”