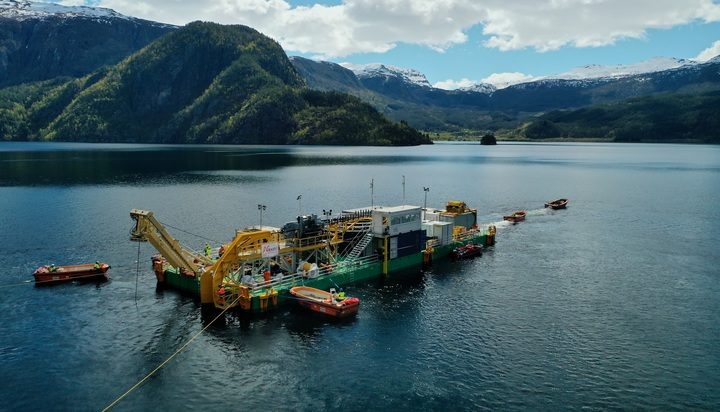 Construction of the ‘longest subsea power cable in the world’ has now passed the halfway point.

National Grid and the Norwegian system operator have joined forces to bring a subsea electricity cable project into life.

Named ‘North Sea Link’, the project will have a cable, which will connect the UK and Norwegian electricity grids.

When wind generation is high and electricity demand is low in the UK, North Sea Link will allow up to 1,400MW of power to flow from the UK, conserving water in Norway’s reservoirs.

If the demand is high in the UK and there is low wind generation, up to 1,400MW could flow from Norway, helping to secure electricity supplies.

Engineering teams worked at depths of up to 210 metres and the laying of the 2.8 kilometres- parallel subsea cables was executed from a platform, equivalent to the size of two tennis courts.

By 2021, the two parallel 720 kilometres cables between Northumberland in the UK and Kvilldal, in Norway are expected to be completed, making North Sea Link the longest subsea power cable interconnector in the world.

Nigel Williams, Construction Director for National Grid North Sea link, said: “The engineering, which has taken place to lay high-voltage cables below the seabed is remarkable.

“The difficult terrain, the depth of the waters and all in amidst of operating during a pandemic has made it extremely challenging. Nevertheless, we have powered through and remained on track with our project timelines.”

Once North Sea Link is operational, the 1.4GW electricity interconnector will allow the UK to import enough clean energy to power up to 1.4 million homes.