Climate-friendly video streaming is ‘possible depending on transmission routes’

High definition video streaming through a fiber optic connection results in two grams of CO2 per hour, while 3G connections create 90 grams, according to a new report 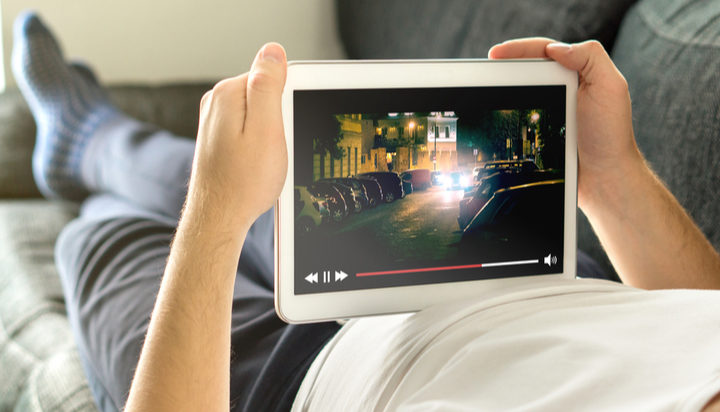 Video streaming can be climate-friendly, depending on the type of data transmission.

That’s according to new research commissioned by Germany’s Federal Environment Agency, which suggests the lowest emission of carbon dioxide occurs when the high definition video is streamed through a fibre-optic connection that results in two grams of carbon dioxide per hour of video streaming.

The report, which calculated the amount of carbon dioxide produced by data centres, where content is stored for streaming and by the transmission technology used to get it to consumers, also notes for Very high-speed Digital Subscriber Line (VDSL) technology the estimated amount is four grams, while for 3G mobile connections is 90 grams for every hour.

If the data is transmitted using 5G technology, around five grams of carbon dioxide is emitted per hour.

Authors of the report say the power consumption of the end device has not been taken into account for these calculations.

Federal Environment Minister Svenja Schulze said: “Climate-friendly streaming is possible if you do it right and choose the right way to transfer data. From an environmental point of view, it is a good idea to set up more public WiFi hotspots, because that’s more climate-friendly than streaming in the cellular network.

“In the right network and with more efficient data centres, the climate will also grow.”

Dirk Messner, President of the Federal Environment Agency commented: “Good news for fans of film and series: If you stream at home via fibre-optics or VDSL, you can do so with a good climate awareness.”