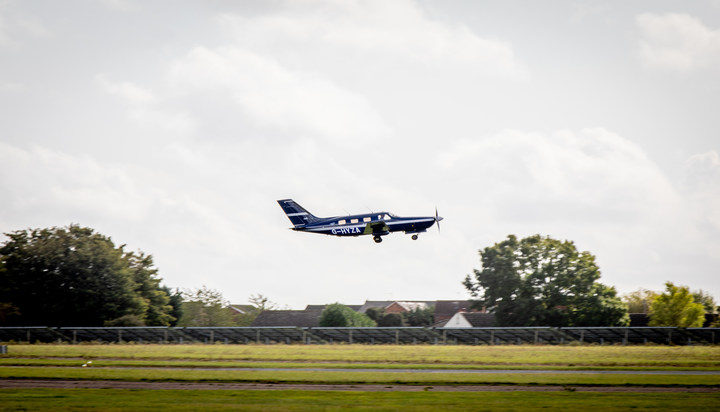 The ‘world’s first’ hydrogen fuel cell-powered flight has taken off in Cranfield.

That follows the ‘UK’s first commercial-scale battery-electric flight conducted in the same aircraft in June.

The milestone is part of HyFlyer project, a programme supported by the UK Government and designed to support scientific research for commercial zero-emission aviation.

It also aims to prove that hydrogen could be an efficient energy source for commercial flights.

Val Miftakhov, CEO of ZeroAvia, commented: “While some experimental aircraft have flown using hydrogen fuel cells as a power source, the size of this commercially available aircraft shows that paying passengers could be boarding a truly zero-emission flight very soon.”

Aviation Minister Robert Courts said: “Aviation is a hotbed of innovation and ZeroAvia’s fantastic technology takes us all one step closer to a sustainable future for air travel.”

The hydrogen-electric aviation solutions company ZeroAvia plans to move to the next and final stage of its development programme, a 250-mile zero-emission flight out of an airfield in Orkney before the end of the year.