The city of Dnipro plans to refurbish around 100 buildings, including kindergartens, schools and outpatient clinics with energy-saving measures 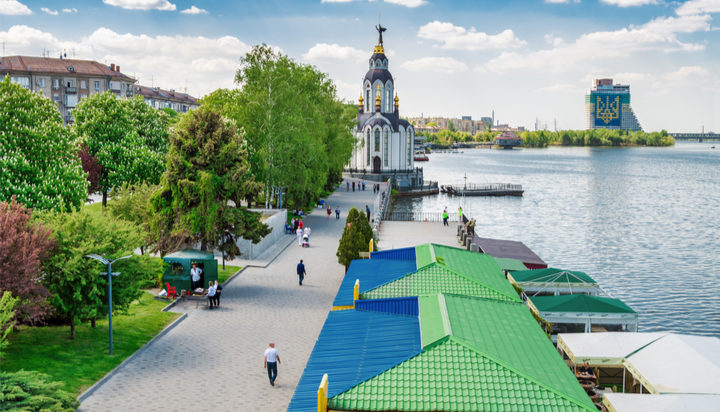 A London-based bank is providing a €25 million (£22.6m) loan to finance energy efficiency improvements in public buildings in Ukraine.

The city of Dnipro plans to refurbish around 100 buildings, including kindergartens, schools and outpatient clinics with energy-saving measures.

The new loan from the European Bank for Reconstruction and Development (EBRD) builds on the successful implementation of a pilot project with Dnipro’s energy management company Dniprovska Municipalna Energoservisna Kompanya earlier this year, under which 33 schools and 48 kindergartens were refurbished with energy efficient technologies.

The works will be conducted by private contractors selected through a competitive process in line with the EBRD’s procurement policies and rules.

Their contracts will be structured similarly to Energy Performance Contracts, a commercial arrangement where a contractor undertakes energy saving upgrades and provides a performance guarantee.

Mark Magaletsky, EBRD Deputy Director for Ukraine said: “The new financing will allow the city to maintain the pace of its energy efficiency investments in public buildings and will set an example for other Ukrainian cities to follow. Once the projects are completed, the city would have renovated almost 200 public buildings, the largest such effort in Ukraine.”

The project is also being supported with an investment grant of up to €5.5 million (£4.9m) from the Eastern Europe Energy Efficiency and Environment Partnership (E5P) fund, where the EU is the largest contributor.