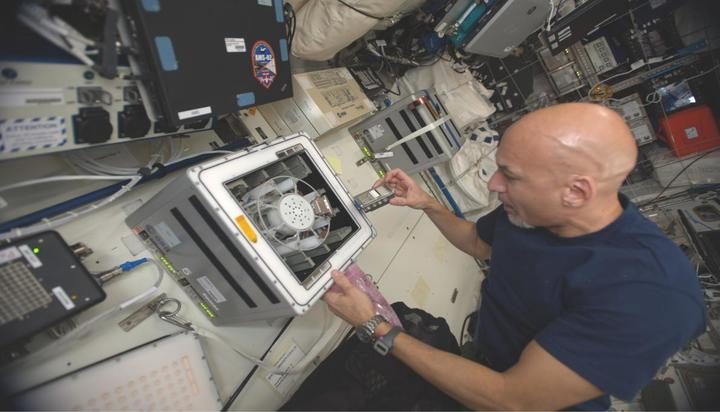 Space mining could soon become a reality as scientists unveiled a device, which uses bacteria to extract metals and minerals from rocks on Mars and the Moon.

Developed during a ten-year study by scientists at the UK Centre for Astrobiology at the University of Edinburgh, the matchbox-sized mining device, called a biomining reactor, uses three microorganisms.

The researchers found during tests performed by astronauts on the International Space Station that the technology could work in all gravity conditions and could source metals and minerals such as iron and magnesium, which are essential for survival in space.

Rare earth elements are widely used in high technology industries including mobile phones, computers and magnets. Basalt is a rock formed from the rapid cooling of lava rich in magnesium and iron.

According to the research, these forms of microorganisms are already in use on Earth to extract valuable elements from rocks, such as copper and gold.

Professor Charles Cockell from the School of Physics and Astronomy said: “Our experiments lend support to the scientific and technical feasibility of biologically enhanced elemental mining across the Solar System.

“While it is not economically viable to mine these elements in space and bring them to Earth, space biomining could potentially support a self-sustaining human presence in space.”