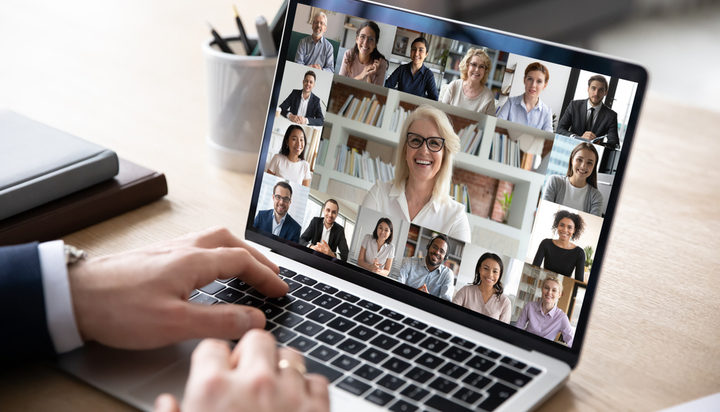 Turning off the camera during a one-hour virtual meeting could cut the emissions footprint of the call to 4% that of what it would be if the camera was left on.

New research published in the Resources, Conservation and Recycling journal estimates a one-hour video conference call with the video on generates 157.3 grams of carbon dioxide, far more from the estimated 6.2 grams generated from a call without an activated video camera.

The analysis suggests if someone takes part in 15 one-hour meetings every week, the monthly carbon footprint from this alone would account for 9.4 kilograms of carbon dioxide.

It states monthly emissions could be reduced to 377 grams of carbon dioxide by turning off the video, according to the report.

The study estimates if one million video conference users were to switch to meetings without a camera, they would save more than 9,000 tonnes of carbon dioxide, the equivalent emissions of powering a city of 36,000 people for one month through coal-fired power stations.

If you must, go SD

The analysis also suggests one-hour of video streaming in high definition emits almost 441 grams of carbon dioxide, compared to 62.94 grams if streaming is in standard definition.

The research estimates if 70 million streaming users were to lower the video quality of their streaming services, there would be a monthly reduction of 3.5 million tonnes of carbon dioxide, the equivalent of eliminating 1.7 million tonnes of coal or approximately 6% of total monthly coal consumption in the US.

WFH could cause emissions spike

The analysis also forecasts the global carbon footprint from video calls could soar by 34.3 million tonnes of carbon dioxide if remote working continues until the end of 2021.

That increase in carbon emissions would require a forest twice the size of Portugal to sequester all the emitted carbon dioxide.