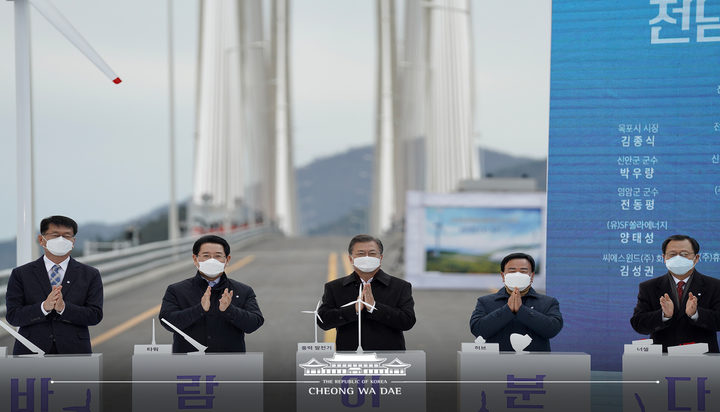 South Korea has unveiled plans to invest $43.2 billion (£31.4bn) in building what is claimed to be the world’s largest offshore wind farm.

The project, constructed off the coast of the southwestern town of Sinan, is predicted to be seven times larger than the current largest offshore wind plant.

To date, the world’s largest offshore wind farm is Hornsea 1 in Britain, which has 1.12GW capacity.

This new wind farm is forecast to produce 8GWh of electricity, equivalent to the power generation of six nuclear power plants, officials said.

President Moon Jae-in attended the ceremony that was held to celebrate the agreement and said: “The electricity produced will be enough amount to power every household in Seoul and Incheon.

“It will be an offshore wind pension that is paid for life to local residents.”

He also emphasised that the economic benefit from the project will be enormous as nearly 120,000 jobs are forecast to be created by 2030.

In October, Mr Moon announced a new commitment for the country to become carbon-neutral by 2050.