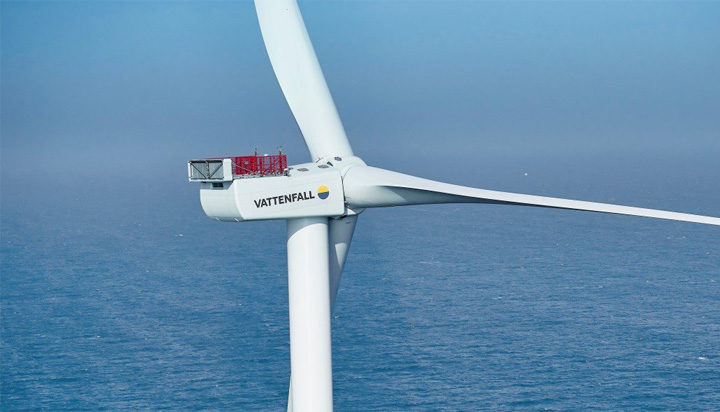 The High Court has decided to quash permission for Vattenfall’s Norfolk Vanguard project, after objections by one man living nearby.

The case was brought into court by Raymond Pearce who lives near a planned cable route.

The claimant raised concerns about the impact of Vanguard infrastructure on the landscape and the view.

Located more than 47 kilometres from the Norfolk coast and with an installed capacity of 1.8GW, Norfolk Vanguard would provide the equivalent electricity needs of 1.95 million UK homes per year, while saving three million tonnes of carbon dioxide emissions.

If built it would be one of the world’s largest offshore wind farms to be built off the east coast of England.

On 1st July 2020 the Secretary of State for Business, Energy, and Industrial Strategy granted development consent for the company’s application to build the project.

But the High Court has now blocked that decision.

Danielle Lane, Vattenfall Head of Market Development Offshore and UK Country Manager, said: “This is a very disappointing outcome, but it relates to the process for granting consent and is not about the merits of our world-class Norfolk Vanguard project.

“Planning consent was awarded in July 2020 after Vattenfall fulfilled all the requirements placed on developers. It’s vital that the government now acts to redetermine consent, with regard to the judge’s ruling, as quickly as possible.

“That way we can continue to invest in the region and remain on track to begin generating low cost, renewable electricity by the late 2020s.

“With the expansion in offshore wind that’s required for the UK to reach net zero by 2050, the planning process needs to be able to address and resolve issues much sooner and avoid the uncertainty about whether projects will proceed even after they have planning approval.”

Commenting on the High Court ruling, RenewableUK’s Deputy Chief Executive Melanie Onn said: “If the UK is serious about achieving the Prime Minister’s target of 40GW of offshore wind by 2030, we need major projects like Norfolk Vanguard to go ahead as swiftly as possible.

“We hope the government will examine today’s judgment carefully and respond in a way that supports meaningful action against the most dangerous threat to our planet, climate change.

“This is especially important in the year when we are hosting COP26, as new projects are vital to maintain the UK’s global lead in offshore wind”

A BEIS spokesperson said: “We are disappointed by the outcome but we will be considering the judgment carefully before deciding next steps.”

Vattenfall has development plans for the Norfolk Vanguard and Norfolk Boreas wind farms off the coast of Norfolk – once completed the projects would have an installed capacity of 3.6GW and generate enough electricity to power 3.9 million homes.