Masdar and EDF to explore renewable energy opportunities in Israel

They will look to collaborate on existing renewable energy projects and those under development, whilst also exploring joint participation in new programmes announced by the Government of Israel 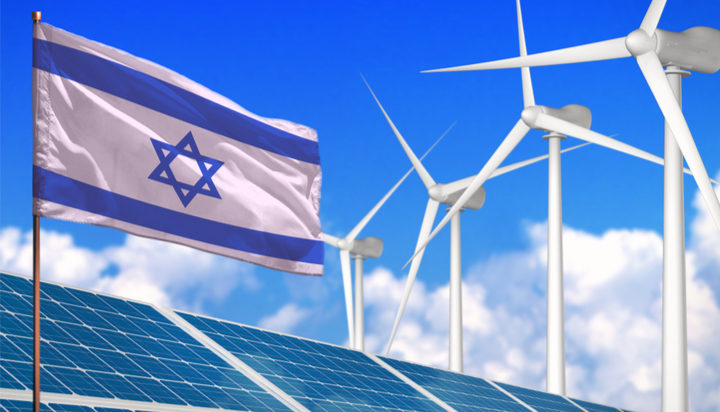 Masdar and EDF Renewables have signed a strategic agreement to explore renewable energy opportunities in Israel and support the country’s clean energy objectives.

Under the agreement, Masdar and EDF Renewables Israel, a wholly-owned subsidiary established in 2010, will look to collaborate on existing renewable energy projects and those under development, whilst also exploring joint participation in new programmes announced by the Government of Israel.

Israel has set a target to generate 30% of its energy from renewable sources by 2030, up from the previous 17% goal, as it looks to phase out the use of coal.

Achieving the new target is expected to require an additional 15GW of solar capacity being developed over the period.

Masdar and EDF Renewables are already working together on a number of projects in the Middle East and North Africa region, including the Al Dhafra solar project, which is set to become the world’s largest single-site solar plant.

Dr Yuval Steinitz, Israel’s Minister of Energy said: “We are seeing the first fruits of the Abraham Accords in the field of energy! We welcome all investment that brings us closer to achieving the targets that I set for solar energy in Israel.

“The new partnership between Masdar from the United Arab Emirates and EDF – an international company that invests in renewable energy around the world and operates in Israel for a decade – is an expression of confidence in Israel’s energy market and will help us achieve our goal of becoming a world leader in solar energy within six to seven years.”

Last year, the two companies agreed to partner in eight renewable energy projects in the US, including wind, solar and battery storage assets, for a total combined capacity of 1.6GW.