Climate Change (or global warming) is the name given to long-term temperature change(s) on and around the Earth’s surface, which causes long term shifts in weather patterns. It impacts the whole of the Earth and is causing polar ice sheets and glaciers to melt and sea levels to rise. 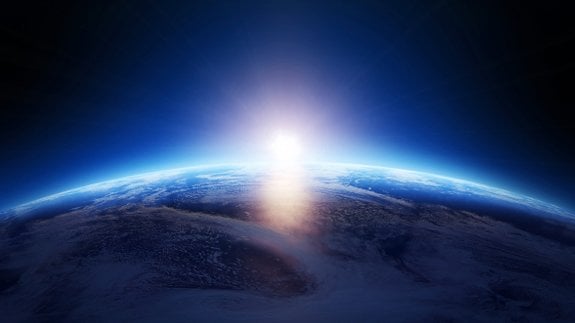 By Leigh Hitchens, member of the Energy Expert Corner and founding member of The Utility Market Experts (TUME).

Why is this important?

Greenhouse gases (GHG’s) change the temperatures we see by absorbing long wave radiation (or heat), which is reflected off the Earth’s surface. They are then capable of sending that radiation back to Earth. As more fossil fuels are combusted and damaging GHG’s released, our atmosphere absorbs more radiation and so continues to warm up. This is known as the “greenhouse effect”.

Emissions come from a large range of activities including electricity generation, industrial processes, and transportation. Currently electricity and transport represent the largest sources of emissions and greatest opportunity for saving. However, natural gas and oil(s) generate emissions.

In December 2015, the COP21 Climate Change conference produced the so-called Paris Agreement, a Global agreement between nations that aims to keep the rise in temperature to 1.5° and to ensure that temperatures stay below 2°. However, to achieve this, global GHG emissions must be stabilised and then reduced.

There has been considerable net carbon zero media coverage in recent times. In May 2019, the Committee on Climate Change (CCC) advised government that the UK should aim to be net zero on all greenhouse gases by 2050. This would keep the UK in line with the commitments it made as part of the 2016 Paris Agreement. The UK government has stated that we will be Net Zero by 2050.

But what does Net Zero Carbon mean?

A gross-zero target would mean reducing all emissions to zero, which unfortunately is not realistic therefore the “net zero” target acknowledges there will be some emissions but these need to be offset. When the carbon emissions produced are cancelled out by the amount removed, the UK will in effect be a net zero emitter.

Awareness is the highest it has ever been from social media to Greta Thunberg to continual news feeds. Further, the UK is holding the COP26 climate change conference in Glasgow in November so the world is and will be watching.

Building infrastructure legislation is being reviewed along with decarbonisation, biomass, and hydrogen strategies. All of this adds up to considerable change and additional pressure as we all must do our bit to reduce emissions.

If you would like to get in touch with Leigh Hitchens or any of our Energy Experts please contact Harry Matyjaszek or Stuart Dawes at:

The views, thoughts, and opinions expressed in the text belong solely to the author Leigh Hitchens and not necessarily to the author’s employer, organisation, committee or any other group or individual .