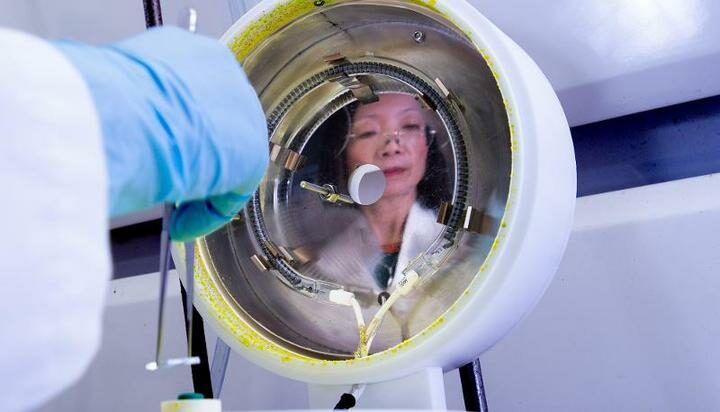 Scientists have discovered a way to ensure better days for solar panels and no more bad hair days for residents.

Researchers at the Queensland University of Technology (QUT) have used hair waste sourced by a local barbershop to create carbon nanodots in a bid to make solar cells more efficient.

In a study published in the Journal of Materials Chemistry A, the scientific team suggests that the carbon nanodots could be used to improve the performance of perovskites solar cells.

Perovskites solar cells are a new photovoltaic technology, which is believed to boost solar panels’ efficiency.

Scientists added the hair, in the form of carbon dots, to the process of making the perovskites and found that a new ‘wave-like’ layer is formed.

Professor Hongxia Wang, who led the research, said: “It creates a kind of protective layer, a kind of armour.

“It protects the perovskite material from moisture or other environmental factors, which can cause damage to the materials.”