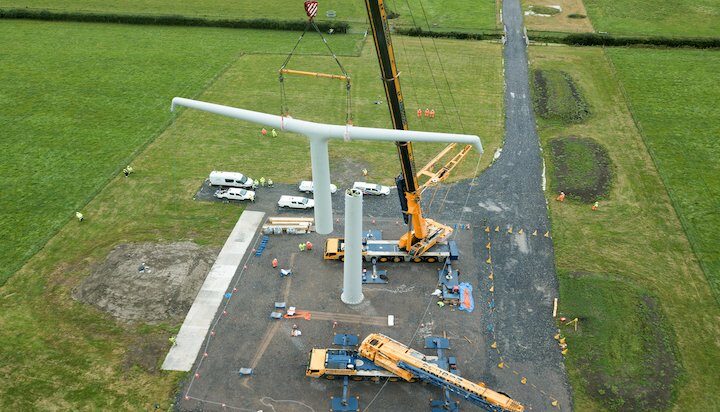 A new design for an electricity pylon, claimed to be the first of its kind in the world and the first amendment to the traditional lattice design in nearly 100 years in the UK, has been erected in Somerset.

The T-pylon will be one of 116 pylons along a 57-kilometre route that will connect low carbon energy to six million homes and businesses in the UK.

The new pylons, which have a single pole and T-shaped cross arms that hold the wires in a diamond ‘earring’ shape, form part of National Grid’s Hinkley Connection project, a £900 million investment to connect low carbon electricity from the Hinkley Point C nuclear power station.

Chris Bennett, Acting President, National Grid Electricity Transmission said: “We are always looking for innovative new ways to mitigate the impact of our infrastructure on the natural environment and projects such as T-pylons are a great example.

“This new design forms part of our significant investment in the network in England and Wales, adding capacity onto the grid to deliver increasing amounts of low carbon energy and support the UK’s drive towards its net zero target.”

Balfour Beatty is delivering the project on behalf of National Grid.