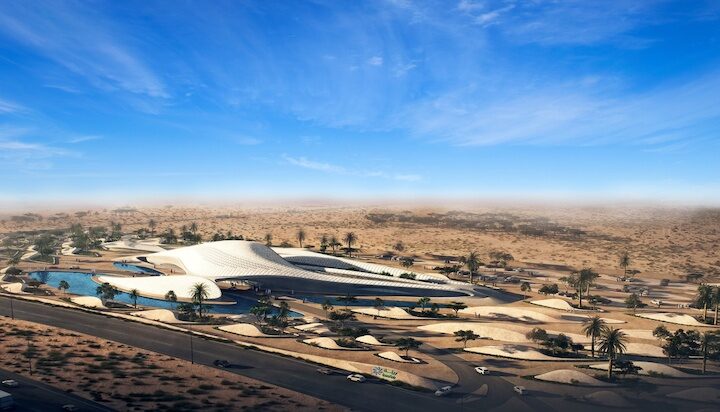 Prime Minister Boris Johnson has announced a £31 million loan from UK Export Finance (UKEF) to support the construction of Bee’ah’s new green headquarters in the UAE.

It is expected to be one of the most “sophisticated, smart offices” in the world.

UKEF’s backing for the project means around one third of the value of the green contract is being delivered by UK companies, including design, engineering and smart office services.

Salim Bin Mohammed Al Owais, Chairman of Bee’ah said: “As the Gulf region’s leader in sustainability, we are proud to be part of the new green finance deal that will further our sustainability ambitions in the region and bring our great nations closer together.

“The Bee’ah headquarters will stand as the manifestation of our two critical pillars of sustainability and digitalisation as we strive towards creating a smarter, greener future for our region.”

The loan has been announced alongside the ‘Partnership of the Future’ during UAE President Mohammed bin Khalifa bin Zayed Al Nahyan’s visit to the UK.

It builds on the historic relationship between the two countries and sets a broad foundation for future co-operation, driving progress in science and innovation and supporting the security and prosperity of both nations.

The UAE is already a key partner for the UK, with total trade worth £12 billion between the two countries in 2020.

Mr Johnson said: “The UAE and the UK share a long and rich history, but with today’s agreement we are looking to the future. By working ever more closely together, our nations will be at the forefront of the industries of the future, helping to tackle climate change and boost prosperity.

“Ambitious partnerships like this are central to the government’s strategy to be a leading global force in science and technology, driving major investments to level up across the UK and create high-value jobs. We will turbocharge this at next month’s Global Investment Summit in London.”