Most affected customers could receive up to £140 a day for each day they’re off power, Ofgem confirmed 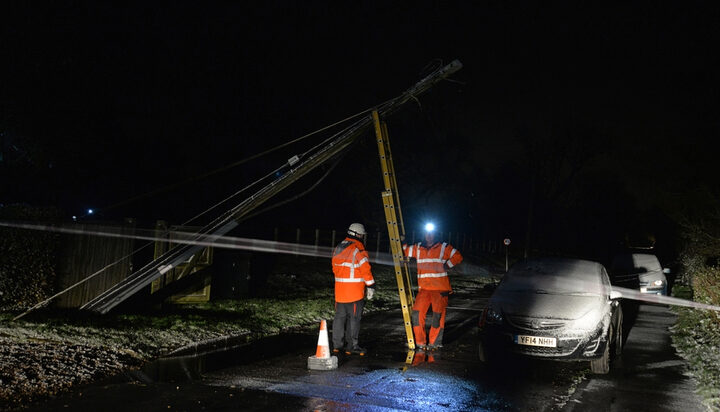 Ofgem has today said it has agreed with energy companies to compensate and give more money to customers most impacted by the Storm Arwen.

That means that the customers most affected could receive up to £140 a day for each day they’re off power until power is restored.

As of today, there are nearly 10,500 people who are still without power in some parts of Scotland and the North of England.

Jonathan Brearley, Ofgem’s Chief Executive said: “We accept the network companies have been working in challenging conditions, but until every home in Britain has power restored, that relentless effort must continue. We are launching a review into how the storm has been handled.

“We have strict rules on how network companies need to operate in these circumstances, and we will take action if needed.

“The absolute priority remains getting people back on power as quickly as possible, but for those who have not had power because of Storm Arwen, there are ways for customers to claim compensation by contacting their network company.

“After discussions between the regulator and the industry, network companies have agreed to remove the £700 cap on compensation to allow affected customers to claim for the full period they have been without power.”

Ross Easton, Director at Energy Networks Association, said: “The energy networks are continuing to work flat out to reconnect the remaining customers who are without power and we welcome and fully support this review from Ofgem.

“It’s important that we learn from Storm Arwen, particularly as the intensity and frequency of storms increases with climate change.”

Earlier today, SP Energy Networks said that homes that have spent more than 48 hours without electricity because of the extreme weather conditions will be offered a compensation of £150.