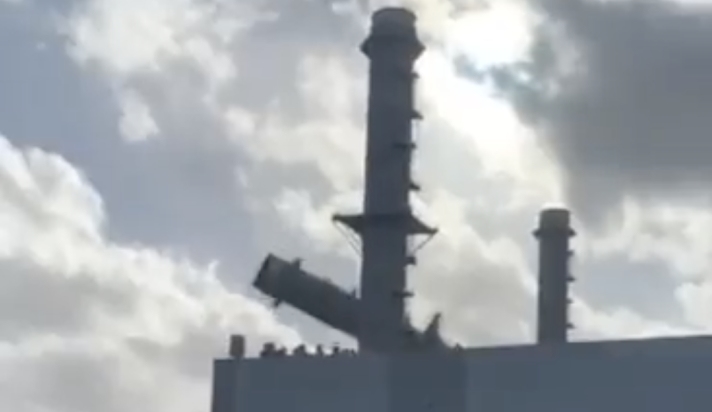 A chimney at Grain power station in Kent was knocked down as a result of the huge gusts of Storm Eunice.

The power station near Rochester was left with only two chimneys after one was severely damaged by the storm.

Photos and videos on social media show the middle tower chimney falling and completely disappearing from the landscape.

Storm Eunice hits the new Grain power station….glad we weren’t out on the Medway doing our WeBS count today!😱 pic.twitter.com/pHaLU8ir9x

Uniper UK, which owns the gas-fired power plant, confirmed there were no casualties and no risk to the local community.

It added: “However, it has caused some damage on site and the power station has been temporarily taken offline as a precaution.”

An incident has occurred at #Grain power station, during storm Eunice.
We can confirm that there are no casualties and there is no risk to the local community. However, it has caused some damage on site and the power station has been temporarily taken offline as a precaution.

The £500 million power plant has a capacity of 1,275MW, generating enough electricity to power around one million homes.

The storm also left more than 100,000 homes in the South East of England without electricity.