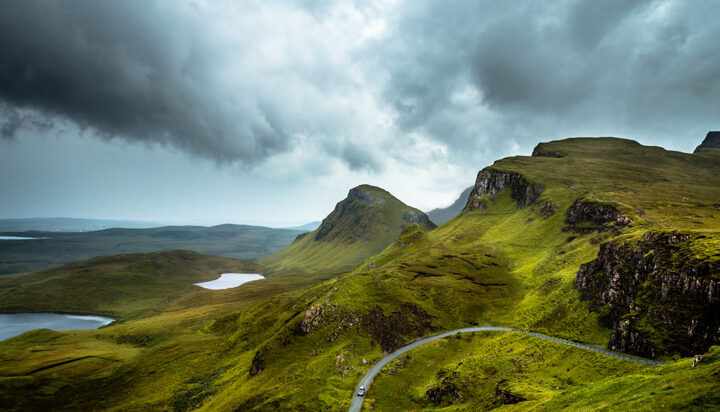 Scotland is not acting quickly enough on climate change.

That’s according to the Climate Change Committee (CCC) that has released an independent report into the steps being taken to combat the impacts of rising temperatures and wetter winters.

The report reveals that during the last 30 years, Scottish temperatures have risen by 0.5⁰C, winters have become 5% wetter and sea levels have risen by 3cm each decade.

It stresses that more intense impacts of climate change are now inevitable and the country is not currently equipped to deal and adapt to these changes.

The CCC claims the Scottish government’s adaptation programme it has published in response to this is not enough.

It details five different areas that need to be considered and scrutinised further.

From an environmental perspective, the report is calling on a more concise plan for farmland, which makes up 73% of the Scottish landscape, peatland restoration and marine animals.

Infrastructure including ports, airports, digital sectors and telecoms need to become more weather-resilient, according to the CCC, with flood risk management not near the standard required to combat the rise in rain and sea levels.

It claims local authorities don’t have a concrete plan to tackle coastal erosion and building strategies are not taking into account an increase in ‘vector-borne’ diseases such as Lyme disease from higher temperatures.

The Committee is also calling on the government to promote the economic gain that can be had by businesses in the long-term if they implement more cohesive plans to cut carbon and fight climate change.

Chair of the CCC’s Adaption Committee, Baroness Brown, said: “We commend the Scottish government on its vision for a climate ready Scotland but the reality is that action is not happening at the scale or pace required.

“Without a renewed sense of urgency, the significant changes we are already seeing in Scotland today will have impacts on all areas of Scottish society and nature in the years to come.

“Scotland needs to up its game by kickstarting delivery; introducing clear, measurable targets; improving monitoring and evaluation of climate risks.”

Michael Matheson, Cabinet Secretary for Net Zero, Energy and Transport, said: “The Scottish government welcomes independent scrutiny of our response to the global climate emergency and asked the CCC to prepare this report on our approach to adaptation.

“We are pleased that the committee supports our vision for a climate resilient Scotland. However, we accept that more needs to be done. This is a global challenge and we are not alone in needing to accelerate progress.

“We will continue to deliver the 170 policies and proposals in our current Adaptation Programme and also look for additional actions we can take to address the highest priority areas identified by the committee.”