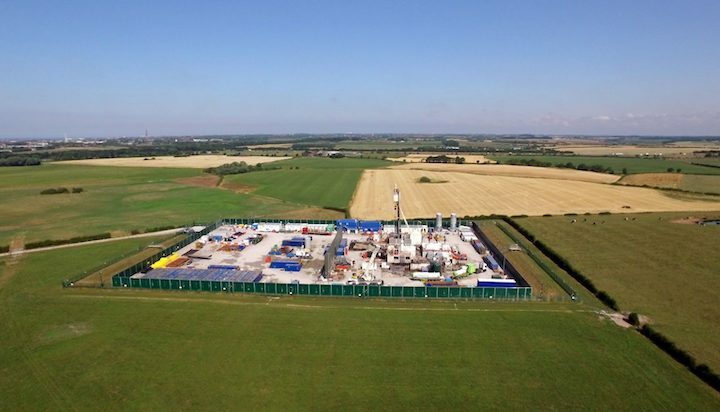 The boss of fracking firm Cuadrilla has called on the government to halt the sealing of wells to reduce the UK’s reliance on Russian gas.

The company has been working towards plugging and abandoning two shale gas wells in Lancashire after earth tremors halted the extraction of shale gas in England.

It follows a notice given by the Oil and Gas Authority (OGA) that both wells must be plugged with cement by the end of June 2022 – but work must start “imminently” as it takes between two and three months to complete it.

However, Cuadrilla’s Chief Executive Francis Egan has accused the government of failing to “match its rhetoric with action” as he cites reports suggesting Boris Johnson believes concreting up Britain’s only two shale as wells, in the midst of an energy crisis, “would be a terrible idea”.

Mr Egan added the business secretary also said “it did not necessarily make any sense to concrete over the wells” at Preston New Road (PNR).

He said Cuadrilla has repeatedly contacted BEIS and the OGA to discuss the statements made by the prime minister and business secretary.

Mr Egan stated: “The only clear and unambiguous response from these verbal and written contacts has been verbal confirmation from the OGA that the 30th June remains the legal deadline to plug both wells with cement. It is clear that OGA will be in no position to reverse that until it receives a clear instruction from the Business Department.

“If the prime minister and secretary of state’s words are to count, then officials must be instructed to stop dragging their heels and frustrating the Government’s wishes.

“In the absence of any action to back up the rhetoric we have had to press ahead with preparing and moving a rig to our PNR site to plug these wells.

“If the words from Downing Street and the House of Commons are to have any practical meaning I urgently request the Business Department and the OGA to formally withdraw their instruction to plug the wells.”

He added the government must “urgently” lift the shale gas moratorium and use the two wells as well as additional wells to produce domestic shale gas.

A spokesman for the prime minister said: “We want to keep all options available to us, given these unique circumstances we find with the war in Ukraine, to help us move away from Russian gas.

“Beyond that we haven’t provided any further updates but we will do so if that changes.

“While we are developing our plans, which we are going to be set out this month, the moratorium on shale gas does remain in place.”