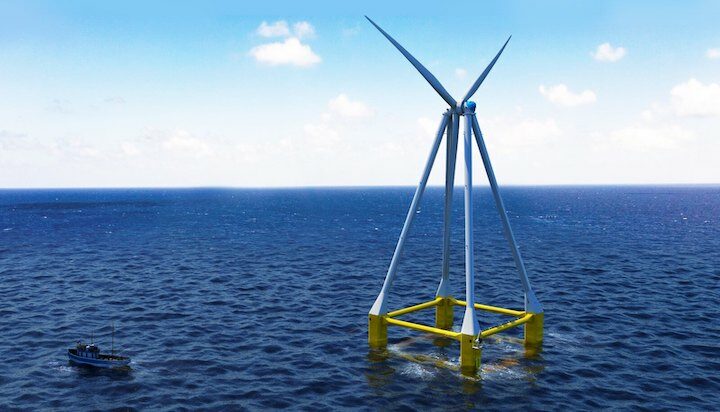 ACCIONA Energia has bought a 24% stake in Eolink, a developer of floating foundations for offshore wind energy in France.

It follows a financing round launched by the French start-up to boost its floating offshore wind technology and take forward its first 5MW unit as a commercial technology, providing enough electricity to power 3,500 homes.

Eolink was launched in November 2015 with the aim of developing an innovative floating wind concept where four arms replace the classic single mast supporting the turbine, allowing for a lighter structure and better distribution of the load and helping reduce installation and maintenance operations.

In addition, the turbine’s anchoring system allows it to change its position naturally to face the wind, helping optimise costs and maximise its performance.

The first pre-commercial unit is expected to be installed at the SEM-REV test site, off the coast from Le Croisic, France, in 2023.

The investment from ACCIONA Energia will strengthen the start-up’s financial structure for its development into the short and medium term.