Labour leader, Ed Milliband, has tabled a motion against the Government’s proposed cuts to solar subsidies from the Feed in Tariff for projects above 50KW. Labour believe the modification was […] 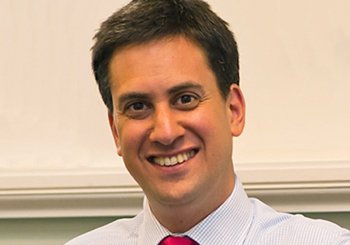 Labour leader, Ed Milliband, has tabled a motion against the Government’s proposed cuts to solar subsidies from the Feed in Tariff for projects above 50KW. Labour believe the modification was submitted without proper consideration of the 80% of respondents in the consultation process who disagreed with the proposed Tariff bands.

Shadow Energy Minister, Huw Irranca-Davies, said: “Minister Greg Barker’s decision to go ahead with the proposed dramatic Feed-In Tariff reductions for community, school and hospital schemes, is a big blow to British industry and betrays the government’s promise the be ‘the greenest government ever’.”

The challenge has been met with support from over 60 organisations, such as Friends of the Earth and the NFU; The groups are worried the plans will stunt renewable growth. Labour say it could effectively end the UK industry beyond the domestic sector.

Mark Shorrock, CEO of Low Carbon Solar, a developer of community solar projects, said: “The Government has clearly not listened to the industry’s response to its consultation and having full debates in both Houses is a positive step for the issue to be discussed openly. We support the government’s objective for creating a sustainable basis for renewable energy in the UK for the long term however by the Government’s own admission, their proposal is likely to prevent any solar projects above 50KW being developed across the UK. This is not the appropriate way to lead the transition to a low carbon economy.”

The motion will trigger a Parliamentary debate following the Government’s decision on the Feed In Tariff cuts to go to the House on the 23rd June 2011.