London has narrowly avoided a huge fine for breaching EU rules on air pollution. A letter from the European Commission, released by Defra through a Freedom of Information request, revealed […] 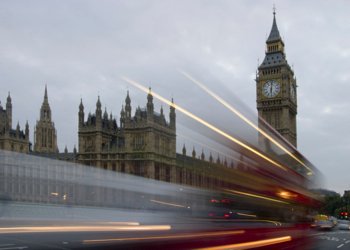 London has narrowly avoided a huge fine for breaching EU rules on air pollution. A letter from the European Commission, released by Defra through a Freedom of Information request, revealed the near miss.Campaigners worry the UK could still have to pay millions if London fails air quality levels again.

EU laws restrict two types of pollutants, PM10 or particulate matter over a certain size, and nitrogen dioxide (NO2).

Campaign group Clean Air in London, who put the FOI request in, worries that the UK has breached legal levels for these in the past and could do so again.

Simon Birkett, Founder and Director of Clean Air in London said: “It is disappointing the UK has obtained, after failed attempts in December 2009 and March 2011, a time extension until 2011 for dangerous airborne particles which gives it dispensation for breaking the law in London every year since these 1999 legal standards entered into force in January 2005.”

A spokesperson for Defra responded: “Clearly plenty more work needs to be done to improve air quality, we still need to make our targets, that’s our focus.” They expressed surprise that the campaign group was “painting [the European Commission’s decision] as some secret that’s been revealed,” because the department would have given out the information if asked.

Mr Birkett added that the UK “faces the first stage of infraction action for NO2 by early 2012” and warned that if it doesn’t manage to keep levels under control, could face an “unlimited lump sum and daily fines for London thereafter.” This could amount to hundreds of millions, he suggested.

When asked in the House of Lords earlier this year if the fine could reach £300 million, Lord Henley, a minister for Defra said: “It is for the European Court of Justice to decide whether any fine should be imposed as a result of a member state’s non-compliance with EU legislation and the amount. Any such fine would be imposed on the member state. The UK has never been fined for failing to meet its EU obligations.”

To date, the UK has not been fined by the ECJ. If it were to be, the likely level of fine includes a minimum lump sum of £10 million and a daily fine of potentially thousands of pounds for continuing failure to comply with an ECJ judgment.

Kulveer Ranger, the Mayor of London’s environmentdirector said the European Commission’s decision was a “clear sign of confidence in the hard workbeingundertaken by the Mayor to tackle the legacy of poor air quality he inherited. Pollution remains a serious health issue and we are not complacent despite thisendorsement.”

However, Clean Air in London has criticised London Mayor Boris Johnson for using dust suppressants near the most polluted monitoring stations, with a statement from the group claiming that this “may mask London’s air pollution problem while doing nothing to protect public health.”

The Mayor’s office dismissed these claims, pointing to a recent trial by Transport for London, which found that targeted application of dust suppressants was an effective short term measure to tackle priority locations, and could reduce emissions by up to 20 per cent in some places.

Environment MinisterRichard Benyon, in a written answer to the House of Commons in June, said: “TheGovernment also recently committed £5 million to fund a programme of localised measures designed to reduce concentrations of particulate matter in London-the only UK location assessed to have areas that do not comply with the European limit value for this pollutant.”