South Asian countries could prevent power cuts by sharing load across neighbouring electricity grids says a new study. US analysts GBI Research have published a report which says the increasing […] 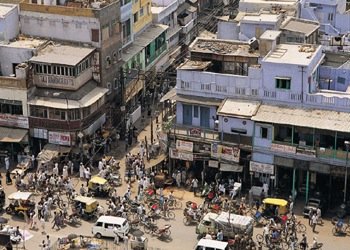 US analysts GBI Research have published a report which says the increasing demand for power in the developing nations of the Indian sub-continent could be met by sharing load across grids and trading power amongst themselves.

India, Pakistan, Nepal, Sri Lanka, Bangladesh, Bhutan and Afghanistan have formed the South Asian Association for Regional Cooperation (SAARC), to deal with the rapid needs of their industrialising societies.

SAARC nations are aiming to trade power and build a robust cross-country power grid. Plans are underway to set up 200km of submarine cables between India and Sri Lanka to deliver 1,000 megawatts (MW) of electricity. Import and export of power between SAARC countries at competitive rates will act to support the region says the study, offering aid in cases of power deficits in any member country. Some cross-border trade is already in place, with Bhutan exporting around 1,200-1,400MW of electricity to India’s power grid.

The power markets of almost all SAARC member countries are regulated by the state powers and though there are some private companies in generation and transmission, the sector is currently largely closed to competition.

But GBI predicts that will change as the increasing need for electricity and improving power infrastructure has already led some SAARC governments to offer lucrative contracts and incentives to encourage private investors.

The report says cumulative installed capacity for power in the major SAARC countries is expected to grow annually by 8.6% to reach 505.7 GW in 2020.