Deep geothermal resources in the UK could provide 9.5GW of renewable electricity, the equivalent of around nine nuclear power stations a new report claims. The study by energy consultants Sinclair […] 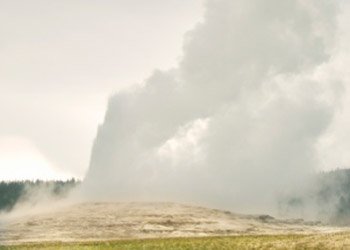 Deep geothermal resources in the UK could provide 9.5GW of renewable electricity, the equivalent of around nine nuclear power stations a new report claims. The study by energy consultants Sinclair Knight Merz (SKM) suggests the renewable source could provide 20% of the UK’s energy needs, given proper support from Government.

While Energy Minister Charles Hendry visits Iceland to discuss the option of the UK importing its geothermal energy, the Chair of the Renewable Energy Association’s Deep Geothermal Group said a lack of support for the UK’s home-grown industry meant it risked falling behind its competitors.

Dr Ryan Law said: “We don’t want to be left out of a global industry which is estimated to be worth £30 billion by 2020. We could be at the forefront of this industry given the strength of British engineering skills. If the UK wants to seize a share of this booming global market we must prove our competence at home. Clearly investment at home could also go a long way to meeting our future energy needs cleanly and safely.”

The report suggests the potential for making cheaper geothermal is very high but insufficient measures from Whitehall have left the industry “uncompetitive”. Currently DECC is only offering a level of 2 ROCs for geothermal projects.

Tim Jackson, a Senior Geothermal Engineer at SKM said: “SKM’s analysis suggests that a Feed in Tariff level of approximately £300/MWh for electrical generation and combined heat and power projects is required to develop these geothermal projects in the UK. This is approximately equal to five Renewable Obligation Certificates (ROCs) /MWh.”

A DECC spokesperson said: “Government recognises the potential of deep geothermal energy as a renewable and non-intermittent energy form that can produce both power and heat. We want to ensure a cost-effective mix of technologies and for deep geothermal energy to play a role in the UK energy mix. We welcome the SKM report and will look into its findings.”

DECC added a final decision on the Renewables Obligation Banding Review will be announced soon.