Wales has cut back on the number of plastic bags it uses while England is using more, according to new statistics. A new 5p charge per carrier bag brought in […] 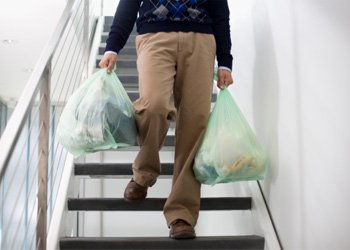 Wales has cut back on the number of plastic bags it uses while England is using more, according to new statistics.

The Welsh and the Scots bucked the UK trend of a rise in the number of carrier bags used by supermarket shoppers.

The latest annual statistics, compiled by Government waste body WRAP show consumers’ bag use in 2011 was 5.4% higher than the previous year.

The British Retail Consortium (BRC) says the UK rise shows a change in people’s shopping habits. It suggests the “on-going squeeze” on people’s disposable incomes means families are doing several smaller grocery shops during the week rather than one big trip.

The BRC said bags are not the great environmental issue some think they are but believes to cut their use, the UK Government will have to go beyond voluntary schemes.

Bob Gordon, British Retail Consortium Head of Environment said: “It’s no surprise the use of a bag charge in Wales has reduced the number of bags taken by consumers there. If other governments see reducing the use of carrier bags as a priority, they will have to take a lead and go beyond voluntary measures. Any legislation should be as similar as possible to what’s in place in Wales and we are already working with other governments as they develop their plans.”