The ExCel centre will be paid to take less electricity off the network at times of peak demand in a new trial with UK Power Networks. It’s part of an […] 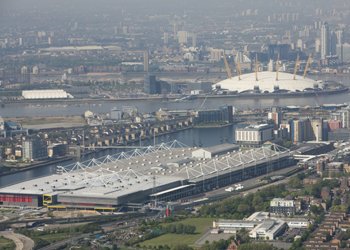 The ExCel centre will be paid to take less electricity off the network at times of peak demand in a new trial with UK Power Networks.

It’s part of an experiment which could show we don’t need so many oil and coal-fired power stations on standby connected to the network.

As part of the demand response trial the distribution network operator (DNO) UK Power Networks, will pay industrial and commercial customers, via an aggregator, to take less electricity from the network at times of peak demand.

A number of major business customers,  alongside the conference centre, which include a major London department store and a London visitor attraction (both unnamed), will either switch to back-up generation or increase electricity output from installed combined cooling and heating power equipment, or simply cut their electricity usage.

Chris Barnes, building services manager at ExCel (pictured) which is located next to the O2 centre said: “Whilst it would be difficult to reduce the demand on the electrical network by reducing lighting and plant demand due to the nature of the exhibition industry, we do have the capability to employ generators to supplement that demand.

“We, in partnership with Flexitricity, have been operating on similar demand reduction strategies (STOR and TRIAD management) for a number of years so it was natural for us to enter into this agreement for Low Carbon London. This has been achieved with no impact on core business.”

The project won’t ever leave businesses in the lurch, according to Liam O’Sullivan, programme director for Low Carbon London which began the research.

Mr O’Sullivan said: “Crucially, this will never compromise security of supply, as each business will retain full control over how they defer or reduce their electricity consumption for short periods in response to requests from our system.”

UK Power Networks believes the contracts also pave the way for more use of electricity generated from low carbon sources such as wind or local Combined Heat and Power plants.