Businesses are warned to prepare for 6°C of global warming as this means carbon emissions need to be reduced by around 5.1% every year between now and 2050. The ‘Low […] 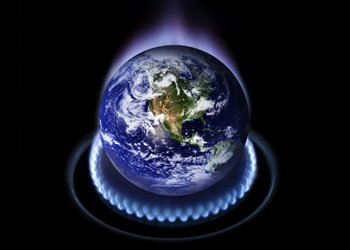 Businesses are warned to prepare for 6°C of global warming as this means carbon emissions need to be reduced by around 5.1% every year between now and 2050.

The ‘Low Carbon Economy Index’ by PricewaterhouseCoopers (PwC) estimated the figure is needed to limit global warming to 2°C as it warns the world is heading towards 6°C at the current stage. It suggests this is due to lack of progress in carbon intensity improvements as only 0.8% has been achieved per year since 2000.

The report suggests even doubling the current rate of decarbonisation would still lead to 6°C of global warming by the end of the century and to have more than 50% chance of avoiding 2°C would require a “six-fold improvement” in our rate of decarbonisation. PwC claims the 5.1% figure needs to be met for the next 39 years to be able to limit global warming to the target.

It suggests keeping to the 2°C target will require “unprecedented and sustained reductions over four decades” and warns “governments and businesses can no longer assume that a 2C warming world is the default scenario”.

Jonathan Grant, Director of Sustainability and Climate Change at PwC said: “The risk to business is that it faces more unpredictable and extreme weather and disruptions to market and supply chains. Resilience will become a watchword in the boardroom – to policy responses as well as to the climate. More radical and disruptive policy reactions in the medium term could lead to high carbon assets being stranded.

“The challenge now is to implement gigatonne scale reductions across the economy, in power generation, energy efficiency, transport and industry.”

The report suggests replacing 10% of global oil and coal consumption with gas could give emissions savings of around 3% per year at the current rates of consumption. However, it warns that while it may “buy some time”, it reduces incentive for investment in lower carbon technologies.

France, UK and Germany achieved “record levels” of annual carbon emissions reductions due to milder winters, according to the report.