The UK has confirmed its position as the global leader for traded carbon markets. London is now the hub for 90% of EU carbon trading and 80% of global trading, […] 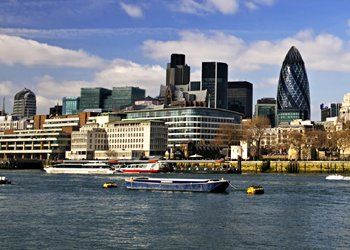 The UK has confirmed its position as the global leader for traded carbon markets.

London is now the hub for 90% of EU carbon trading and 80% of global trading, generating a £90 billion market, according to DECC. This was confirmed at the UK’s first auction for Phase III of the EU Emissions Trading Scheme (EU ETS) earlier today.

Under the EU ETS, businesses are expected to pay for their greenhouse gas emissions in a bid to combat climate change. It is also the main mechanism by which the UK is meant to meet its carbon reduction targets.

The auction sold 6.5 million EU allowances (EUAs) with an Auction Clearing Price of €6.62 (£5.32), raising around £34 million for the Treasury. Each EUA represents an entitlement to emit one tonne of carbon dioxide equivalent gas.

Energy and Climate Change Minister Greg Barker said: “The UK is really leading the way in carbon auctioning and today’s sale reaffirms London’s position as a global hub for the market.

“Not only does this help incentivise significant emission reductions and behaviour change amongst businesses but it also generates millions of pounds in revenue each year for the Treasury, at little or no cost to the taxpayer. This is a win-win, which makes both environmental and economic sense.”

During Phase II of the EU ETS, the UK held 30 successful auctions, selling almost 123 million EUAs and raising around £1.3 billion. Phase III, which runs until 2020, is expected to deliver emission reductions of around 3,100 metric tonnes of carbon dioxide equivalent.