The cost of heating a home in the UK is now 63% more than it was five years ago as a result of rising energy prices. According to new research, […] 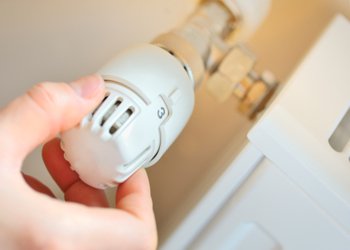 The cost of heating a home in the UK is now 63% more than it was five years ago as a result of rising energy prices.

According to new research, rocketing energy prices have forced heating costs to increase from £360 to £587 since 2008 as heating accounts for almost half (44%) of an average household energy bill which has reached £1,334 a year.

The Government has proposed to help consumers by simplifying tariffs and making it easier to switch power suppliers in its Energy published Bill yesterday and has stressed the new legislation will not increase energy bills.

But online price comparison site uSwitch.com claims three quarters of households went without heating at some point last winter to keep their energy costs down.

Ann Robinson, Director of Consumer Policy at uSwitch.com said: “This increase has knocked consumers, leaving many fearful of how they will afford to keep warm during the winter months and leading to growing numbers rationing their energy use even during the harshest weather.”

Ms Robinson added: “Recent price hikes from energy suppliers will add £753 million onto energy bills and push 314,000 households into fuel poverty. Many households will feel that they have little choice but to turn their heating down or off and by doing so risk gambling with their health.”

The warning comes as Energy Live News covered a Fuel Poverty protest outside the Treasury yesterday, when protestors raised awareness about the 24,000 excess winter deaths last year, which they blamed on fuel poverty.