The UK Government is set to buy a small percentage of its own energy requirements from renewable suppliers under a new initiative announced today. The Energy for Growth project is […] 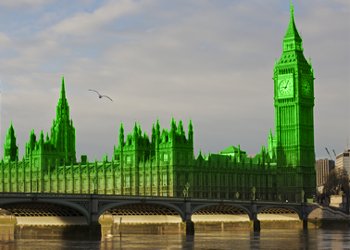 The UK Government is set to buy a small percentage of its own energy requirements from renewable suppliers under a new initiative announced today.

The Energy for Growth project is part of the Government’s broader energy strategy to increase energy efficiency and “create the right conditions for investment in diverse, secure and sustainable energy production” in the UK.

The initiative will see the Government Procurement Service (GPS), part of the Cabinet Office Efficiency and Reform Group, initially commit to 2% of its energy demand from renewable suppliers, which is worth £25 million a year. It is the UK’s largest energy customer, spending around £1.5 billion a year on gas and electricity. It buys energy for 75% of the entire public sector, which is 3% of the total UK energy demand.

Under the new initiative, contracts will be offered directly to renewable generators for a set proportion of their capacity for up to 25 years. The pilot scheme is expected to save taxpayers around £155 million over fifteen years and protect them from volatile prices. If the pilot is successful, GPS will commit half its entire energy portfolio in the next five years, which is currently worth £750 million.

Minister for the Cabinet Office Francis Maude said: “Energy for Growth will use the Government’s clout as the biggest energy customer to shape the market for the good of the country. The UK is in a global race and that’s why we are working to attract investment into our energy industry to create jobs, develop technology and secure clean and diverse supplies for the future.

“This pilot will take us a step further towards our goal of hedging more of our energy needs against future price fluctuations – protecting the taxpayer. And because we will be increasing competition in the energy market there could be a downward pressure on everyone’s bills as well.”