Best-selling author Ian McEwan is backing a small UK-based charity which has pledged to eradicate kerosene lamps in Africa by 2020 and replace them with solar powered lamps. McEwan, whose […] 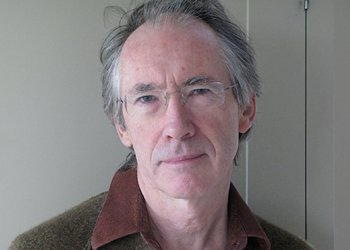 Best-selling author Ian McEwan is backing a small UK-based charity which has pledged to eradicate kerosene lamps in Africa by 2020 and replace them with solar powered lamps.

McEwan, whose novel ‘Atonement’ was made into a film starring Keira Knightley and James McAvoy, also penned the novel ‘Solar’ which tried to pump a little humour into the climate change debate.

He is supporting an appeal on BBC Radio 4 for the charity SolarAid, which bases its work on the principle that people prefer the option to work, save and invest their way out of poverty rather than accept handouts.

Only 14.2% of people in rural sub-saharan Africa have access to electricity, according to 2011 figures from the International Energy Agency.

The author said: “When I started my novel Solar, I was thinking about climate change and the crisis that we face in global warming and I began to think a great deal about solar energy. The idea of a beautiful piece of simple technology that allowed people to have light in their homes seems to me an extraordinary boon.

“When I came across SolarAid I got drawn in first by asking questions, then by the extraordinary energy and optimism of this outfit.”

In the history of civilisation, putting electric light into homes has been an “extraordinary leap”, said McEwan: “It is not only the invention of the printing press that transformed humankind’s fate, it was the light that allowed people to read books after the sunset.”

So far more than 200,000 of the charity’s solar lights have been sold in Africa.

By the end of last year, the charity announced its social business SunnyMoney has grown from a small trading arm to a viable operation, becoming the biggest seller of solar lights in Africa, beating French oil giant Total.

Steve Andrews, the charity’s chief executive said the lights “will shine each night, help children to study, families to be free of toxic and expensive kerosene and build confidence in this beautiful, simple technology”.

Watch out for our film about cyclist Sean Conway and his attempt last summer to cycle around the world to raise money for Solar Aid later this week.