Rising gas and electricity prices in the UK kept inflation at a rate of 2.7% in December last year. Figures from the Office for National Statistics (ONS) showed the annual […] 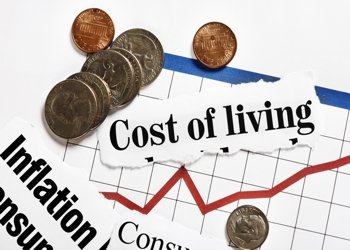 Rising gas and electricity prices in the UK kept inflation at a rate of 2.7% in December last year.

Figures from the Office for National Statistics (ONS) showed the annual rate of inflation, measured by the Consumer Prices Index (CPI), was static for the third month in a row. The CPI is the main UK domestic measure of consumer price inflation.

The report stated the “… vast majority of the upward contribution came from gas and electricity bills, with a number of the anticipated price increases entering index this month”.

Frances O’Grady, General Secretary at the Trades Union Congress (TUC) said: “Inflation has been outstripping wage rises for three years now, which has already cost the average worker £4,000. Unless inflation falls are matched by stronger pay growth, 2013 will be the fourth year in a row that people have suffered real wage cuts. We won’t have a sustainable economic recovery without healthier pay rises.

“The hike in energy bills is particularly tough on the poorest households, who spend over a quarter of their income on utility payments. But rather than help these families, the Government has just voted to make their financial situation even worse by capping rises in vital benefits and tax credits from this April.”

Inflation has been above the Bank of England’s 2% target for three years and rose as high as 5.2% in autumn last year.