The new reactor at Hinkley Point will create fewer jobs than expected, the supplier EDF Energy announced today. Hinkley Point C in Somerset is meant to be the first of […] 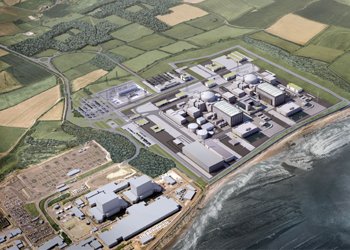 Hinkley Point C in Somerset is meant to be the first of a wave of new nuclear power plants in the UK. Currently the supplier is wrangling with the Government over the “strike price” or amount of money it can expect to be paid for the low carbon energy the plant generates.

In a sign EDF is trying to trim costs while the talks drag on, the supplier said in a statement today there will be “a reduction in the number of people working on the project for the time being”.

A spokesman for the Nuclear Industry Association told ELN it was “very sad but understandable” the number of jobs was being cut. However they said a much greater number of jobs were at risk if project is shelved because the Government and EDF can’t agree on the strike price.

Originally a decision was meant to be taken before Christmas. The NIA spokesman said: “It’s positive that negotiations are progressing and today’s announcement by EDF is a consequence of that delay – when you’re spending £1million a day to keep things running.”

At risk are the total 25,000 jobs during construction, with 5,600 people on site at the peak of employment.

The UK’s 18 reactors on 9 sites currently supply nearly a sixth of the country’s electricity needs, according to the trade group.