Scotland ‘ahead’ of its community renewables target 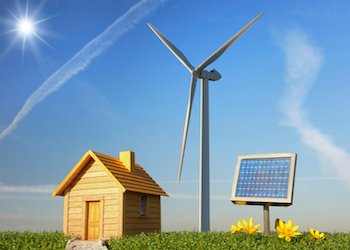 The Scottish Government claims it is ahead of schedule in delivering its targets for community renewable energy projects.

As part of its 2020 Routemap for Renewable Energy, the Scottish Government set a target of 500MW of energy to be produced by community or locally owned projects. The country has already installed 200MW as of June 2012 – achieving 40% so far, according to new figures published today. That is a 39% rise from the previous year and includes 88MW of electrical projects and 117MW in heat capacity.

The projects are part of the Community and Renewable Energy Scheme (CARES) launched in 2011, which offers loans for pre-planning costs and provides support to communities and rural businesses.

Scotland’s Energy Minister Fergus Ewing said: “Community projects have been taken up with huge enthusiasm across the country and especially in the Highland and Islands. Smaller and more remote communities in particular see the obvious benefits of using the resources surrounding them to help increase their independence and security of supply.”

He added that achieving the 500MW target could be worth up to £2.4 billion to communities and rural businesses in Scotland over the lifetime of the projects.