French supplier EDF Energy has thrown the gauntlet down to its fellow Big Six suppliers by putting its weight behind proposals for petrol forecourt-style prices for gas and electricity. Over […] 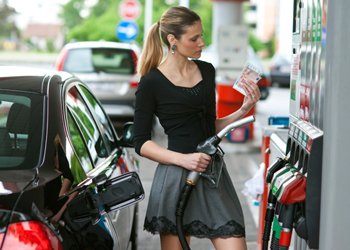 French supplier EDF Energy has thrown the gauntlet down to its fellow Big Six suppliers by putting its weight behind proposals for petrol forecourt-style prices for gas and electricity.

Over the weekend it proposed simplifying energy pricing which would see standing charges, regional differences and “tiered” pricing scrapped.

A single unit price for gas and electricity in the UK would make it easier for consumers to compare different tariffs and work out which give the cheapest deal.

The move would not be without complications to get up and running: in a statement EDF said for single unit pricing to work, “Ofgem would need to create a central clearing house to eliminate the regional cost differences, which currently exist due to varying cost of distributing energy to different parts of the country.”

The supplier said all suppliers would need to adopt the same model so consumers could compare prices against the same measurement.

The statement added: “EDF Energy could not sign up to it alone. Suppliers, the regulator and Government would also have to work together to ensure some vulnerable high consumption users were not adversely impacted by single unit pricing.”

Martin Lawrence, EDF Energy’s managing director said: “Customers would be the real winners along with the companies willing to offer the most competitive prices. The question is will other suppliers be brave enough to back this proposal and remove tariff complexity once and for all for consumers?”

The company says it has been making the case for a single unit price to regulator Ofgem since last year and will “continue to do so”.

Consumer group Which? executive director Richard Lloyd said: “We recently found eight in ten consumers could identify the cheapest deal when using the petrol forecourt style single unit price and 10,000 people have already joined our campaign in support of this change. Let’s hope other suppliers now follow EDF Energy’s lead and we see an end to confusing energy pricing soon.”