Energy provider E.ON is calling for a ban on “rollovers” – the controversial practice of automatically renewing energy contracts when they expire. In the past, small businesses have found themselves […] 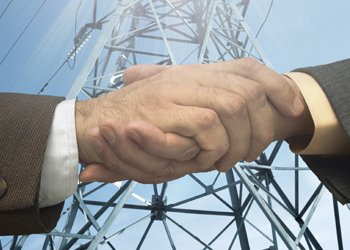 Energy provider E.ON is calling for a ban on “rollovers” – the controversial practice of automatically renewing energy contracts when they expire.

In the past, small businesses have found themselves facing much higher bills as a result of the unannounced rollover.

It’s such a widespread problem, regulator Ofgem wants to ban rollovers either outright or with some restrictions next year.

E.ON is now throwing its weight behind a full “industry-wide end” to contract renewals and says nine in ten small to medium sized enterprises (SMEs) want suppliers to ditch the procedure.

After consulting with small business customers it found that 86% of them would prefer to negotiate a new contract or move to a more flexible agreement rather than automatically being ‘rolled’ on to a new long-term fixed deal.

Anthony Ainsworth, Sales and Marketing Director of E.ON UK said: “We know from our own business customer panel and from independent research that the majority of small businesses just don’t like the automatic rollover process and find it too complex”.

The whole industry must do the same or it won’t work, he added: “For any one supplier to act alone risks layering greater complexity on to an already confusing situation.”

Ashton Berkhauer, Deputy Chair of energyforecaster.co.uk, part of switching site uSwitch For Business said: “To be unfairly trapped into a poor value rollover contracts by energy companies is shocking and unnecessary. We fully support E.ON’s approach to the ending of rollover and we hope the rest of the industry take note.”