New sustainability hoops to jump through for UK biomass

Biomass firms will face new hoops to jump through under government plans to make sure the fuel is sustainable. From April 2015, biomass-fuelled generators which don’t hit targets – such […] 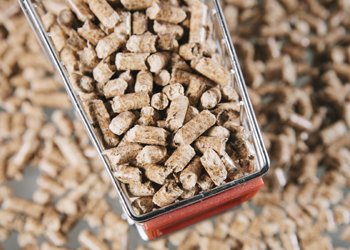 Biomass firms will face new hoops to jump through under government plans to make sure the fuel is sustainable.

From April 2015, biomass-fuelled generators which don’t hit targets – such as how much carbon can be emitted and whether enough trees have been planted to replace those used as fuel – could lose financial support.

The UK industry is worth more than £1billion in new investment and supports over 3,000 jobs, according to the Department of Energy and Climate Change.

Another new requirement will mean generators with 1MW worth of capacity and more must provide an independent sustainability audit with their annual sustainability report.

The UK biomass sector has fielded criticism from some for being too opaque with questions asked about the source of wood chips and pellets and where wood will have to come from if the industry grows. Environmentalists fear deforestation in endangered forest areas around the world could be the disastrous result of a badly managed biomass supply chain.

The Government is clearly hoping to silence such criticism for good. It says the “tough new criteria” for sustainable forest management will mean it won’t have to change the rules until April 2027.

Ministers believe this will encourage the industry to continue to take root in UK.

Announcing the change yesterday, Energy and Climate Change Minister Greg Barker said: “The new criteria will provide the necessary investor certainty and, crucially, ensure that the biomass is delivered in a transparent and sustainable way.”

Large and small energy generators are split into two categories in the new biomass regime.

For larger generators of 1MW and above, which covers around 98% of biomass power in the UK, by 2020 for every megawatt hour (MWh) of electricity they produce they must only emit 200 kilos of carbon dioxide equivalent (CO2eq) a year. Government says this is a 72% saving compared to the EU fossil fuel electricity average.

As for the other 2% of generators – those with a capacity between 50kW and 1MW – they will have to report against the criteria but not to comply with it. The smallest biomass generators – those under 50kW, known as microgeneration -are not included in the scope.