Low regrets – it could be a lyric from melancholy French singer Edith Piaf’s repertoire. But it’s actually the advice dished out in a new report on the way renewable […] 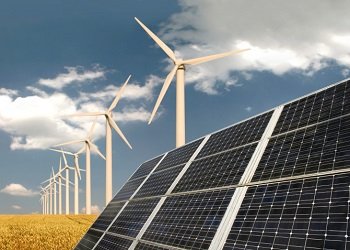 Low regrets – it could be a lyric from melancholy French singer Edith Piaf’s repertoire. But it’s actually the advice dished out in a new report on the way renewable energy sources in the UK should be treated.

The report from think-tank Carbon Connect suggests setting “minimum levels” of deployment for green energy which repeatedly crop up in scenarios from different groups. This would mean no-one could complain about the amount of wind turbines installed for example.

It also warns against the “common mistake” made over renewables, advising to stop squabbling over different energy sources and instead focus on easy actions which would plug a predicted gap in energy supply, such as improving the supply chain.

The report follows a year-long inquiry funded by the Institution of Gas Engineers and Managers called the Future Electricity Series and is chaired by former energy minister and Conservative MP Charles Hendry and Labour peer Baroness Worthington.

The report, sponsored by Siemens and DONG Energy, states: “We find that there is broad support for Government going further to work with industry and academia in unlocking ‘low regrets’ power sector investments, such as supply chain investments and that this approach is consistent with the Government’s risk appetite and desire for technology neutrality.”

Peter Hardy, Head of Technical Services at IGEM which is sponsor of the inquiry series said: “The report’s conclusion that individual technologies must be considered in the context of the energy system as a whole is crucial to the UK’s energy future.”

Other findings of the report suggest the UK has only just begun to harness low carbon renewable resources larger than North Sea oil and gas.

However the “only” concrete solution currently deployed “at scale” to avoid energy gaps is “flexible generation” which means gas, coal and bioelectricity, finds the report.