Never mind weapons treaties or political manoeuvring – NATO has energy in its sights. The international alliance which includes 28 countries including the UK, USA, Germany and France has opened […] 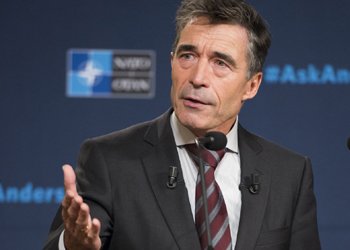 Never mind weapons treaties or political manoeuvring – NATO has energy in its sights.

The international alliance which includes 28 countries including the UK, USA, Germany and France has opened an energy security centre in Lithuania to research and advise members about ways to power military action.

NATO says supply lines and critical infrastructure are “frequently targeted” by terrorists, computer hackers and pirates while forces on the ground need to be more energy-efficient to save money and reduce their impact on the environment.

Anders Fogh Rasmussen (pictured), NATO’s Secretary General who formally inaugurated the NATO Energy Security Centre of Excellence in Vilnius, Lithuania earlier this month said: “I strongly believe that most resource issues will be settled by the power of the market, not by the power of guns”.

Military operations need more fuel than ever before according to the alliance, with the average fuel use per soldier increasing more than ten-fold since the Second World War. In recent years NATO forces in Afghanistan have used more than four million litres of fuel per day.

If less fuel can be transported over land through “high risk” areas says NATO, fewer soldiers are put at risk by having to protect it.

Secretary General Rasmussen added: “This is not just about saving money. It’s about saving lives and saving the environment.”