More than half of all small building firms think the government should introduce regulations and financial incentives to make sure home improvements and extensions are energy efficient. That’s according to […] 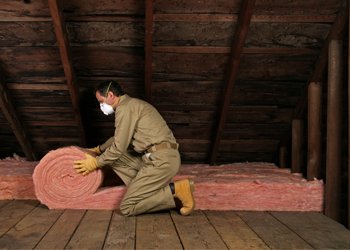 More than half of all small building firms think the government should introduce regulations and financial incentives to make sure home improvements and extensions are energy efficient.

That’s according to a survey by the Federation of Master Builders (FMB) of their 10,000 members. The FMB says the measures would give a welcome boost to the construction sector.

A government plan to make sure home improvements were ‘green’ floundered earlier this year after being confusingly nicknamed the ‘conservatory tax’ in the press despite little mention of conservatories.

Brian Berry, Chief Executive of the FMB said: “We believe the Government should re-evaluate the need for a consequential improvements regulation, but only alongside a significant financial incentive for energy efficiency. This could take the form of a reduction in VAT on home renovation and repair, variable stamp duty or variable council tax.”

He called for more to be done to support the ailing Green Deal scheme: “The Green Deal must not be left to fail, which is why additional incentives are needed to increase the number of people who have a Green Deal Assessment and also go on to install the recommended measures.”

Mr Berry added low-income households – unable to afford retrofitting and therefore unlikely to sign up for the Green Deal – should be given financial support through a publicly funded programme using the proceeds from carbon taxes.

Last week DECC released the results of a survey of households which had undergone a Green Deal assessment.