Nuclear deal to have ‘positive impact’ on energy independence

The nuclear agreement announced today will have a “lasting positive impact” on the UK’s energy independence and low carbon plans. That’s the view of the Head of Power & Utilities […] 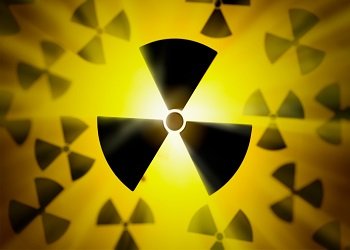 The nuclear agreement announced today will have a “lasting positive impact” on the UK’s energy independence and low carbon plans.

That’s the view of the Head of Power & Utilities at EY as the UK Government finally struck a deal with EDF Energy on the terms of contract for the new nuclear power station at Hinkley Point.

The agreement means the UK will soon have its first new nuclear station in 25 years and will produce enough electricity to power around five million homes for 60 years.

EY’s Tony Ward said: “Today’s announcement marks a huge step towards delivering a balanced, lower carbon, energy mix for future generations of UK energy users. This investment will have a lasting positive impact on the UK’s energy independence, its economy, the local communities and the UK’s low carbon aspirations.

The trade body for the energy industry also welcomed the agreement as “good news”.

A spokesperson from Energy UK said: “There is a clear need to build new power stations and nuclear represents clean, reliable energy and jobs both during the build and while the plant is running… Building new power stations is never quick or cheap but in the case of Hinkley development, nothing goes on the bill until 2020.”

The Nuclear Industry Association (NIA) believes Hinkley Point C is the “first major test” of the electricity market reform (EMR) and will protect consumers in the long run.

Chief Executive Keith Parker said: “By incentivising investment in nuclear energy and other low carbon technologies, the UK is well on the road to ensuring secure domestic supplies of electricity for the long-term. Today’s agreement will help protect consumers from the uncertain and volatile costs of imported fossil fuels for decades to come.”

Around 25,000 jobs are expected to be created during the construction of the power plant as well as 900 permanent jobs during its 60-year operation while also saving around 10 million tons of carbon emissions every year.