The ‘Big Six’ energy companies saw their profits rise by 75% last year as householders were hit with higher gas and electricity prices. Ofgem found suppliers made an average profit […] 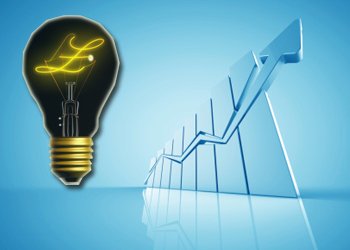 The ‘Big Six’ energy companies saw their profits rise by 75% last year as householders were hit with higher gas and electricity prices.

Ofgem found suppliers made an average profit of £53 per household customer in 2012, with the average dual fuel bill rising to £1,174 – £167 more than the year before.

The regulator said there was a “strong profit growth” in the domestic supply market last year, with British Gas, EDF Energy, E.ON, npower, ScottishPower and SSE’s profits rocketing to £1.19 billion from £681 million in 2011.

Ofgem said the rise in profits was due to higher household usage due to cold weather as well as higher prices. The combined profit margin for supply to homes and businesses also rose to 3.6% at £1.6 billion.

The regulator said: “There is some evidence of rising profit margins. This rise has been due to a combination of higher prices and volumes (i.e. revenues) rather than lower costs.”

Ofgem believes competition in the market “is not working as well as it could” and its package of reforms to make the market “simpler, clearer and fairer” will help.

It added: “We are also pushing ahead with changes to open up the wholesale electricity market. Our aim is to make it easier for existing independent suppliers and new entrants to compete effectively with the large suppliers.”

Profits in electricity generation however fell £484 million last year to £2.1 billion, one of the reasons being the “low profitability of gas-fired power generation”. Total profits across supply and generation also dropped from £3.9 billion in 2011 to £3.7 billion last year as a result of “generation profits falling more than supply profits rose”.

Last week Ofgem ordered five of the six companies that own and operate Britain’s local electricity network to trim down costs for consumers.