Businesses could be paid to use wind power at night

Major energy users in the UK could be paid to use excess wind power during off-peak hours under plans being explored by National Grid. Reports claim it could save the […] 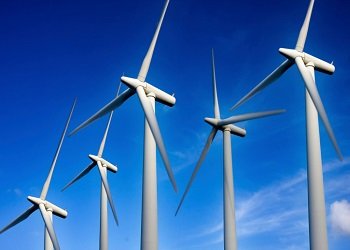 Major energy users in the UK could be paid to use excess wind power during off-peak hours under plans being explored by National Grid.

Reports claim it could save the company millions of pounds in the so-called “constraint payments” as businesses are currently paid to shut down wind farms at times of low demand, particularly during the night.

A spokesperson from National Grid said: “We are looking at a service where ‘useable’ demand can be shifted to make better use of renewables. Throughout the night for example demand is lower but the wind is still blowing. Wind in fact usually makes up a substantial part of the generation mix during the night. There may be industrial and commercial businesses that could shift their demand to night-time and make use of the renewable generation available.”

However National Grid said the service isn’t definite as it still needs to work on feasibility and costs.

Some reports claimed the constraint payments could rise to £20.7 billion in the next five years but National Grid said the figure is “extremely unrealistic”.

A spokesperson added: “We don’t recognise the calculations which seem to have come to some very misleading conclusions.

“The quarter ending June 2013 contained periods of particularly high wind and low demand, which we would not expect to continue for 12 months or five years as is suggested. They assume far higher than anticipated levels of wind development – it is not expected that all of the projects in the system will actually be built.”

The news comes a month after National Grid confirmed it would pay businesses to cut their energy use on winter evenings this year.